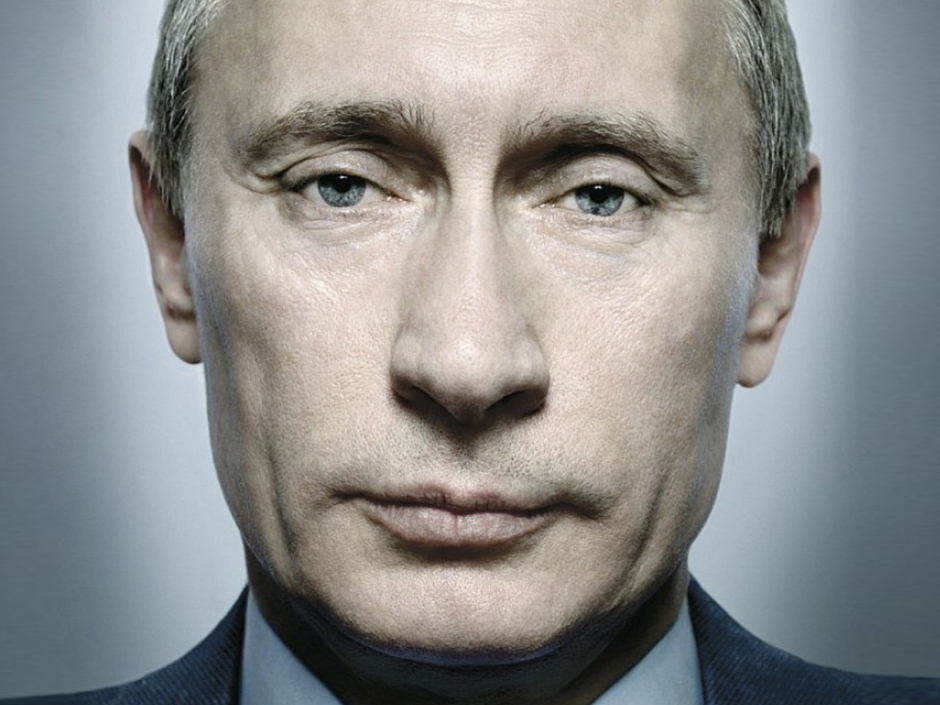 Bernie Sanders came out on live TV recently and said that he agrees with American intelligence saying that Russia was responsible for the alleged hacks of the DNC and that their goal was to “undermine our democracy”.

Julian Assange has been on record stating that the Russian government was not the source of the alleged hacks.

Whom do we believe when two leftist icons disagree?

Furthermore, why is this even important?

Regardless of who leaked or hacked the emails, the content remains the same. When taken as a whole, we see very clearly that the DNC not only wanted Hillary Clinton as their nominee, but that they were in collusion with corporate media outlets to insure that Sanders never stood a realistic chance to win.

Let us not forget that the DNC sought to use these same corporate media arms to help Donald Trump to become the GOP nominee, because they felt that this would lead to an easy Clinton victory.

America sat by and watched this strategy blow up in Clinton’s face, in an absolutely disastrous election, that saw the Democrats lose control of every branch of government.

Now from the rubble of the Democratic Party come accusations that the Russians are behind the Wikileaks. Some even go so far as to say that we need a complete reelection, starting at the primary level.

This entire situation is such a huge mess that it’s difficult to even begin unraveling it. Even if the Russians were responsible for the alleged hack, this certainly does nothing to change the fact that the Democrats conspired to ruin Sanders and some would say that the source of the leak is not relevant, due to the content found in the emails.

It’s no wonder that Sanders’ supporters find it particularly disturbing that Sanders is on TV saying that the “evidence is overwhelming” that the Russian government is behind the alleged hacks, when he and his followers were the victims of the content found in the emails.

When leftist icons like Sanders and Assange disagree, what are Progressives to believe?

Even though Sanders says that the evidence supports the intelligence claim of Russian involvement, we the people, have no hard evidence that can be linked to the Russian government and there is no reason to believe that Senator Sanders has any more knowledge than the public has.

These accusations against the Russians smell eerily similar to the Bush/Cheney administration’s claims that Iraq was secretly harboring Weapons of Mass Destruction, in the Bush administration’s efforts to sway public sentiment, in order to enter into a war that should have never occurred.

These accusations are dangerous.

What the US government and their corporate media arms hope to accomplish with these allegations can be the subject of infinite speculation, but if we use history as our guide, it is likely a power-play designed to increase the United States’ leverage in their agenda to supplant Assad in Syria, which would give the US access to the building of a pipeline, which would result in trillions of dollars in gains for the corporations that own our government.

Or perhaps it is a ploy to weaken Trump and set him up for impeachment, in hopes of putting the more malleable Mike Pence in charge.

The American people are left to speculate when their government claims that they have proof, but are unwilling or unable to provide said proof.

The unnecessary declaration of war on Iraq lead to the creation of Isis and now we see what appear to be similar maneuverings by our government less than two decades later.

Am I saying that the accusations against the Russian state are untrue? I would not go that far. But upon careful investigation, we see that there is no concrete evidence available to the public to support such a claim.

Forgive us, if we do not trust our government.

But they have a long history of lying to the American people.

Julian Assange has repeatedly busted the American government in the act of cheating and therefore has become a hero to leftists everywhere. But Assange clearly has an agenda and it is not necessarily simply finding the truth.

It is curious that somehow each time Assange finds out something about the American government and its shady dealings, that somehow these findings always seem to benefit Russia. If we are to find truth, we must hold our icons up to the light of skepticism and expect the same transparency that we desire from our own government.

Had Assange released Donald Trump’s tax returns, as Wikileaks originally promised, then the American voter would have had a much clearer picture of the two incredibly corrupt candidates that were running for our nation’s highest office, but Assange reneged on Wikileaks claim that they would deliver Trump’s tax returns and repeatedly focused on Clinton’s corruption. As a result, the American people will learn about Trump’s malfeasance firsthand, once he begins running our country further into the ground by using our nation’s highest office to line his pockets.

Disdain for Hillary Clinton is a separate issue and does not let Assange off the hook here. The enemy of my enemy is not necessarily my friend and Assange has a history of helping the Russian government. Add to this Putin’s desire to see Trump in office and we begin to see Assange’s one-sided agenda through a lens of suspicion.

It is no wonder that Assange has become such an icon for the leftist movement. His boyish good looks, charm and accent make him incredibly likable. The fact that he is hiding from our tyrannical government makes him seem downright heroic. Furthermore, he brought down the oligarchy, which makes him an activist legend. But, if you are searching for actual truth, it is worth asking why Assange’s findings repeatedly benefit the Russians. Assange is literally on the Kremlin payroll, with his show, The World Tomorrow, airing on Russian Times, a network founded by Vladimir Putin.

Have we become so angry at our own government, that we are willing to embrace Vladimir Putin and allow him power in our elections?

Are we so disgusted with the findings regarding the DNC, that we forget to ask the obvious questions about the intent of those who went hunting for said information to begin with?

Do any of us actually believe that the Russian government is any less corrupt than our own government, with its recent history of propping up dictators in France, Germany, Austria and the Ukraine?

The American people are right to be suspect of our own intelligence agencies, as they have lied to us repeatedly, but you would be doing yourself a great disservice, if you didn’t ask why Putin was so excited to see Trump’s rise to power.

Just as it would be foolish to accept American intelligence as gospel, it would be equally foolhardy to dismiss the preponderance of circumstantial evidence that points directly to Vladimir Putin and his employee, Julian Assange.

Wikileaks fans will repeatedly point out that Wikileaks have never had to retract a single story in their ten year existence. And while I definitely think they deserve tremendous credit for being one of the only sources of truth left on this tyrannical, corporate-controlled planet, it is the stories that Wikileaks isn’t covering that should make you suspicious of their motives. 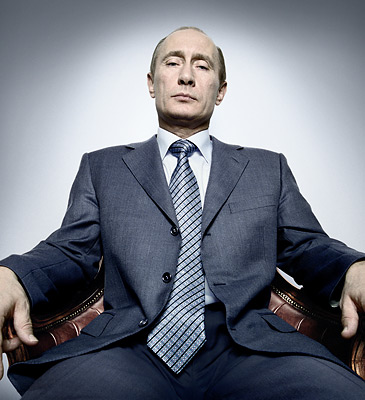 So why did Bernie Sanders say that the “evidence is overwhelming” when the American people have no hard evidence to implicate the Russians?

Before we attempt to answer this, let’s first congratulate the corporate media, on finally getting Sanders to say something that they can use.

For nearly two years they have been putting microphones in Sanders’ face and asking him tough questions, much tougher questions than any other candidate was ever asked. Each time, Sanders did what he always does, he answered with the truth and then the corporate media did what it always does, they cut out everything he said, only to air a sensationalist story to deceive and distract the public.

But that’s not what happened this time. This time Bernie Sanders said something that actually was consistent with what the corporate media wanted him to say and they have ran the sound-bite on a nonstop loop since he uttered it.

As Sanders attempts to reform the Democrats in his image, those scorned by the party, have been quick to accuse Sanders of being a puppet for the corporate establishment, a scenario that is possible, but highly unlikely.

What’s more amazing is that he won most of these battles.

Let us also take note that since the general election, Sanders has been incredibly critical of the Democratic Party, saying that it was not enough to say “I’m a woman. Vote for me.” and repeatedly calling on party leaders to shed their corporate ties and serve the American people again.

So if there is no concrete proof of Russian involvement in the DNC hacks, why did Senator Sanders say that “the evidence is overwhelming.”?

I submit that Sanders simply said it because he believes it to be true.

Sanders was asked a direct question on live TV and he spoke on the matter for 30 seconds and never revisited the topic.

He did not bring it up.

He did not say that it cost the Democrats the election.

He said that he “agreed with the intelligence community’s assessment” and based on this, many on the left went right to the “Bernie sold us out” rhetoric that has become the mantra of wannabe revolutionaries.

Of course, it makes perfect sense that every word Sanders says is amplified with white-hot intensity. It is, at once, the best and worst part of his revolution. Sanders brought new blood into politics. Many of the people who follow him are incredibly passionate, but passion can be a double-edged sword. The same people who exult Sanders one minute, will oppose him with intense anger a moment later.

Sanders has become a leftist political icon, but perhaps his followers put him under too much scrutiny, constantly looking for the tiniest defect to prove their hypothesis, that all politicians are corrupt, much in the same way that a teenager will rally behind an obscure punk band, only to turn on that band when the band achieves some measure of commercial success.

Sanders has become Kale Soup for the Leftist/Activist Soul.

When the mountain seems too steep to climb, Sanders’ supporters think of him speaking to those empty Senate floors and feel emboldened. When they feel overwhelmed in their attempts to free our country from tyranny, they think back to the young man who was so determined to fight injustice that he had to be dragged away in handcuffs.

Sanders’ has become more than just a politician. He has become a symbol of hope in the face of impossible odds. So it is only natural that his followers would hover a microscope over his every word and action, looking for cracks in the facade. It is only natural that Sanders’ followers would have a religious zealotry towards this great man and come apart at the seams at the possibility that he has been absorbed by the very machine they have been attempting to bring down.

But Sanders isn’t in anyone’s pocket.

He simply believes that Russia was behind the alleged hack.

You can choose to believe him.

You can choose to believe Julian Assange.

You can choose to believe neither and hope that further evidence comes to light.

The truth is out there.

But in this case, we will probably never know.