After reading Dawn Papple’s excellent article in The Inquisitr a few days ago, about how it was theoretically possible for Bernie Sanders to still become President, I shared the article with some friends and found that they were confused at how this scenario could occur, so I decided to write my own article and hopefully answer everyone’s questions, as well as recruit a few hundred people to help make this into a reality.

Here are some of the questions I received over the last few days while promoting this idea on social media.

Have You Lost Your Mind? Bernie Sanders Dropped Out of the Race!! How Could He Become President???

There are 538 electoral votes total.

If the election were held today, Hillary Clinton is predicted to win a very tight race..

What if there were a way to take three electoral college votes away from Hillary Clinton and award them to someone else, say Bernie Sanders? 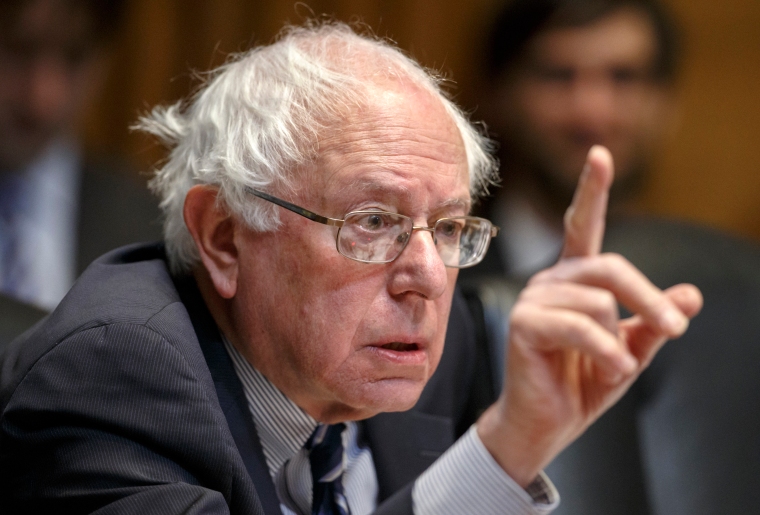 Okay I’m Listening. You Still Sound Like a Crazy Person, But I’ll Bite. How Could We Take Three Electoral Votes Away From Hillary Clinton and Give Them to Bernie Sanders?

Simple. We take a state with a small population and we organize a write-in campaign for Bernie Sanders.

If only there were a state with an incredibly small population, where all the people who lived there loved Bernie Sanders.

There is actually a state that has only 600,000 residents (approximately 400,000 are of voting age) and nearly all of them are YUGE Bernie Sanders supporters.

I’m speaking of Vermont, of course. 86% of Vermont Democrats voted for Bernie Sanders against Hillary Clinton in their state’s primary. Bernie Sanders was a very popular mayor and Congressman there. He is currently the most beloved Senator in America and still representing the great state of Vermont.

In fact, many Vermont residents say that they are already planning on writing Bernie in. 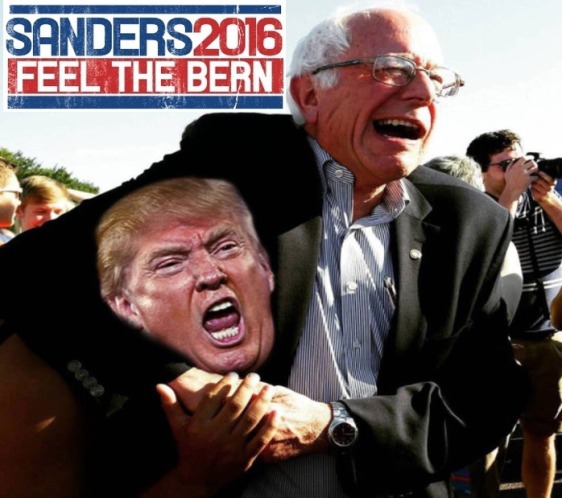 Wow! I Hadn’t Thought of That. You Actually Sound Less Crazy Now. So What Would Happen If By Some Miracle Bernie Sanders Won Vermont On a Write-In Campaign?

According to current prognostications, this would change the electoral college results to..

So Donald Trump Would Win?

You have to gain 270 electoral votes to win, remember?

So What Then? Obama Stays In Office?

In the event that no candidate is able to attain 270 electoral votes, then the House of Representatives picks a President FROM THE THREE TOP CANDIDATES.

It is the three candidates with the most electoral college votes, not the most popular votes. Johnson is not projected to win any states, so having more votes in the popular vote will not help him.

Also, why are you yelling?

The House of Representatives Is Currently Under Republican Control. You Can’t Expect Me To Believe That The Republicans Would Nominate Bernie Sanders.

It’s a long-shot, but it’s better than no shot.

Republicans, including speaker of The House Paul Ryan, have been looking for a way to get rid of Trump for several months now. Paul Ryan has repeatedly spoken out about how much Trump is hurting the Party. The Republicans are even considering installing a superdelegate program going forward to prevent an outsider like Trump from ever being able to usurp their party again.

The GOP wants Trump gone, because they believe his Presidency will be a disaster and will cause long-term damage to the party. This is of particular concern to Ryan, who plans to make a Presidential run in the near future and any damage to the party could cost him a chance at that run. Paul Ryan wants to stop Donald Trump, because a Trump Presidency will more than likely hurt Ryan’s future run by damaging the GOP as a whole.

Also if Trump wins, it puts the GOP out of business in the 2020 election, as Trump would run unopposed as the incumbent. This means that they can’t run Marco Rubio or Paul Ryan in 2020 and both of those candidates would stand an excellent chance of defeating Hillary Clinton if her Presidency is as scandal-ridden as most feel that it will be. Many Republicans want Trump gone, so they can run an establishment candidate in 2020.

It is also important to remember that Bernie Sanders is NOT a Democrat. He is trying to help the Democrats, because he wants to stop Donald Trump and he believes that Hillary Clinton will help him further his Progressive agenda.

Bernie Sanders has the respect of many Republican Senators because he is the head of the Senate Veterans Committee and has done a legendary job of passing veteran’s legislation.

The Republican-controlled House dislikes Trump almost as much as they dislike Hillary.

Believe it or not Bernie Sanders is actually the lesser of three evils in some Republican eyes.

That’s Pretty Interesting. So How Would We Go About Making That Happen?

Massive phone-banking is the answer.

There are only 600,000 people in Vermont and only half of them voted in the 2012 Presidential election.

In order for Sanders to defeat Clinton and Trump in a write-in vote, he would need to have approximately 130,000 write-ins.

The good news is that Vermont residents can register to vote all the way up to November 2 and still be eligible to vote in the general election on November 8, so we could focus on the 100,000 non-voters in Vermont, as well as registered Democrats who do not like Hillary and registered Republicans who do not like Trump.

So right now what we need is a list of every resident’s phone number in Vermont and a few hundred phone-bankers.

Hi! This is Mike with The People for Bernie Sanders. One quick question; Are you excited with the choice between Donald Trump and Hillary Clinton for President this November?

If they say anything else, we pitch the write-in.

Part of my reason for writing this is that I do not have the phone list.

I need someone who can help me attain it.

I have never undertaken such a task.

If you can help in the acquisition of this list, please email me at…

(Writers Note: We attained the phone list through Terje Oseberg shortly after this writing.)

What If You Can’t Get A List of Vermont Cell Numbers?

Considering that the average household has three members and two of them are of voting age, that means that we would have to knock on 300,000 doors.

If we relocate to Vermont for one month (something I am already making arrangements to do) then we would need to knock on 10,000 doors per day.

If each activist knocks on 300 doors per day then we would need 30 dedicated people to relocate to Vermont from early October through November 8 (election day).

Considering that Bernie Sanders has millions of activist supporters, this is entirely doable.

We can use Bernie BNB  and couch surf with other Sanders’ supporters, so our expenses will be minimal.

If you are serious about relocating for one month or you already live in Vermont, then please contact me at..

Even if we are able to acquire a phone-list, we will still need several volunteers on the ground in Vermont to make this campaign successful. 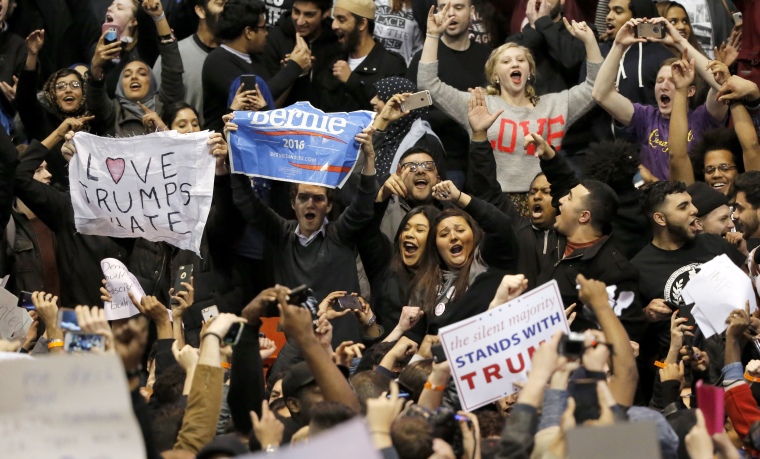 Have You Asked Bernie About This?

Due to Bernie Sanders’ current positioning with the Democratic Party (basically he is supporting Clinton in return for her support of his Progressive agenda) Bernie is unable to endorse anything that would interfere with a Clinton Presidency.

Doesn’t Bernie Have to Register As a Write-In Candidate For His Win to Be Counted?

Most states require this, but Vermont, New Jersey, Alabama, New Hampshire, Oregon, Wyoming, Delaware and Iowa do not require the candidate to register in order to win a write-in campaign.

So Why Not Organize a Write-In Campaign For All of The Above States?

If prognostications are correct and the race is as close as expected, Bernie only needs to win one state in order to get into The House of Representatives lottery.

Vermont is the easiest state to do this in for reasons we discussed earlier.

So What If You Mess Around and Achieve Your Goal and Then The House Gives the Presidency to Donald Trump?

Vermont has been chosen because it is overwhelmingly Democrat by a 2 to 1 margin.

Should our initiative fail, Clinton would still win the state.

Our goal is to give Bernie Sanders his rightful claim to the Presidency without going against his wishes and electing Donald Trump.

If we are successful at pushing the election into the House of Representatives and they were to choose Trump, then so be it.

Perhaps the Democrats will learn a valuable lesson about listening to the will of the people, instead of forcing a corrupt candidate down our throats that we already rejected in 2008.

First and foremost we are trying to right the wrong perpetrated by the DNC in the rigging of the primary election against Bernie Sanders. 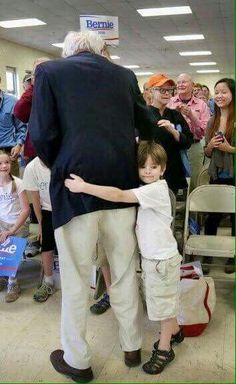 Wow!! You’ve actually convinced me. What do I do now?

We need phone-lists of Vermont residents.

We also need people who are willing to travel to Vermont for one month or who already live there.

Yes, this is a long-shot, but Bernie Sanders’ entire candidacy was a long-shot from the very beginning.

It is worth a try just to keep the government from falling into the hands of either of these two warmongers.

This is our only hope to stop both Clinton and Trump.

I am ready to make the sacrifice, but I can’t do it alone.

268 thoughts on “How Bernie Sanders Could Become President With Only 130,000 Votes”